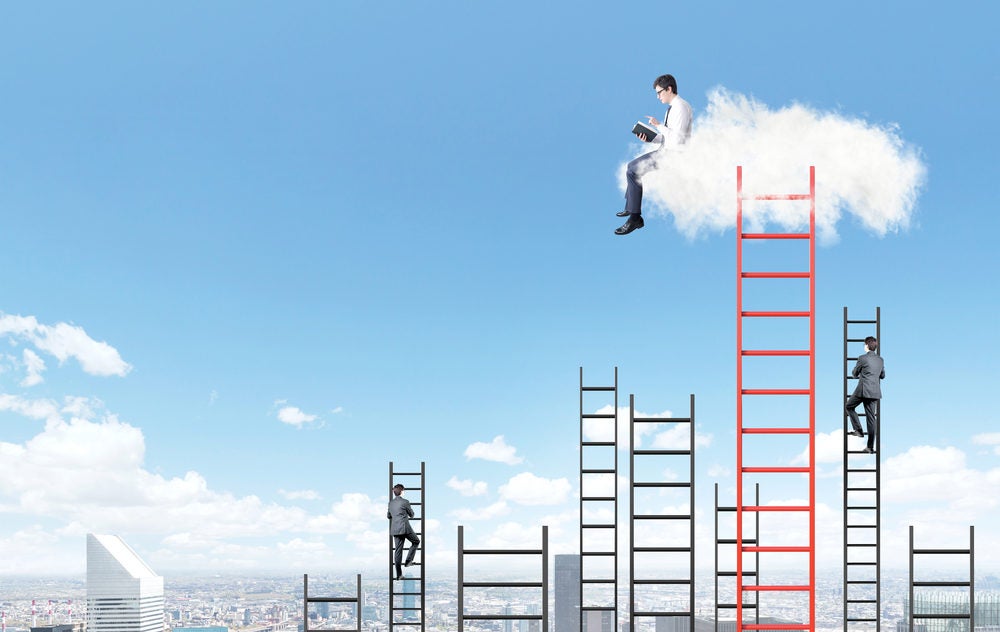 As cloud technology and business practices evolve, it is important to capture the strategies that are working for chief information officers. To do this, I reached out to the followers of #CIOChat that I host on Twitter. I asked CIOs for their current thinking on public cloud, private cloud and hybrid cloud. We discussed how organizations can best take advantage of this fundamental technology shift. Hopefully, their insights prove valuable to you.

The State of Cloud Strategy

Most CIOs say they are currently carrying out a mixed cloud strategy and that the cloud-first approach is a relatively new development. Yahoo’s former CIO, Mike Kail, says that he thinks cloud-first is less than 10% in terms of implementations. And where it exists, he claims 60-80% of cloud-first is likely for greenfield projects.

Another CIO shared data from a report from RightScale looking at where companies are hosting their IT infrastructure. Forty-three percent are in private clouds, 32 percent are in public clouds, and 25 percent are not running in a cloud environment. This does not consider SaaS, which I discussed in a CIO.com post.

I also heard loud and clear from the CIOs that virtualization does not equal cloud. One CIO compared this to the difference between thinking and doing.

Regardless of those factors, CIOs advised that prior to having a cloud strategy, organizations need to have an enterprise architecture strategy. They emphasized that a cloud approach should be based on the functionality required versus something as simple as a mantra of cloud-first.

The CIOs also questioned whether “cloud-first” could even qualify as a business strategy. A strategy should provide guidance on when and where cloud is appropriate while also supporting “innovation at the edges.”

But for some this may not be possible. A few years ago, I met several city and county CIOs. They told me that their councils had mandated cloud-first for all new applications.

We then discussed where and why cloud adoption might not be the best approach. The CIOs said that there are valid reasons to keep certain operations on-premise. These occur for compliance or regulatory reasons, which might require certain data remain behind corporate firewalls.

In some cases, companies must literally be able to touch the data (the servers) to be in compliance with certain regulations.

Most CIOs believed that hybrid cloud is in a transition state. They said that the perceived problems with public clouds are not about technology. For these CIOs, cloud-first is a mentality versus strategy. IT leadership is essential for a cloud-first initiative to succeed. I know that it took courage for David Bray, when he was at the FCC, to convert from on-premise data centers to public cloud.

What Is Limiting Cloud Adoption? It’s a People Problem.

The CIOs also considered the factors slowing down cloud adoption. At the top of the CIO’s list was leadership and culture. CIOs say there continues to be a lot of fear, uncertainty and doubt. FUD is running strong. There are no technology problems, just people problems.

Clearly, regulatory barriers and complexity around data protection and privacy are major considerations. Without a doubt, on-premise will be standard for some time for the intelligence and aerospace industries. The question, however, is, “Could a cloud vendor actually secure data better than on-premise systems?”

CIOs say it is time for defensive mindsets to go.

Other than compliance with security and federal regulations that require certain systems and/or data to reside behind firewalls, the CIOs believe that using public cloud platforms and SaaS vendors should be a business decision.

Adoption should be a matter of scalability, planning, and the time it takes to migrate. Here a lack of know-how can limit your options. Some may legitimately fear the ability to restructure a workforce around the cloud. There can be gaps in an organization or team’s ability to readily adopt to cloud processes.

Learning From the Cloud

But many CIOs are in the midst of re-inventing their IT operations and their business processes around the cloud. CIOs stressed that early adopters of the public cloud are going to feel pain no matter how well-planned their migrations. They are also going to learn a great deal.

And they will improve with every implementation as they move along their collective ‘S curves.’ Some CIOs wonder if there’s a break-point for cloud adoption based on whether your IT organization has a mature service-costing process. Or will organizations just sweep infrastructure under the budget rug?

CIOs say we’re probably at a point that the vendors need help from early adopters who are “security concerned.”

The CIOs I spoke with at #CIOChat note that they do have some help. They believe that cloud integration is easier, cheaper and better than historical on-premise approaches, helping them much more quickly and easily connect disparate systems and data.

The real challenge with the cloud is running workloads across different clouds, they said. Clearly, cloud latencies can make things more difficult.

The CIOs stressed that as IT leaders you must assess what systems you have, what systems have data dependencies or latency constraints. This is essential to figuring out what pieces have to move together to the cloud.

In sum, our CIOs were knee-deep in the cloud, one way or another. Regardless of where your organization is on the adoption curve, the companies that are most adept at moving to the cloud will be the ones that thrive in this new era.

And integration plays a major role in any cloud strategy, ensuring companies can make use of their data when and where they want, regardless of whether applications reside in the public cloud, private clouds or in on-premise legacy systems.

To learn more about how integration can support your cloud adoption strategy, please contact a Boomi expert today.

How Now Cloud? Where CIOs See the Cloud Today and For Tomorrow February 23rd, 2018admin

You can find us at

How can we help you?